In the chart below, the pattern appears to be doing the same thing again, yet will it have a different outcome?

One day after the April highs I did a post asking if it is “Time to Fear the Techs?”  (see post here)   The reason then to fear the techs…”Resistance was at hand, with a very large spread between the NDX and the VXN.”  This spread suggested a “lack of fear” was at hand, which often suggests prices are close to highs. 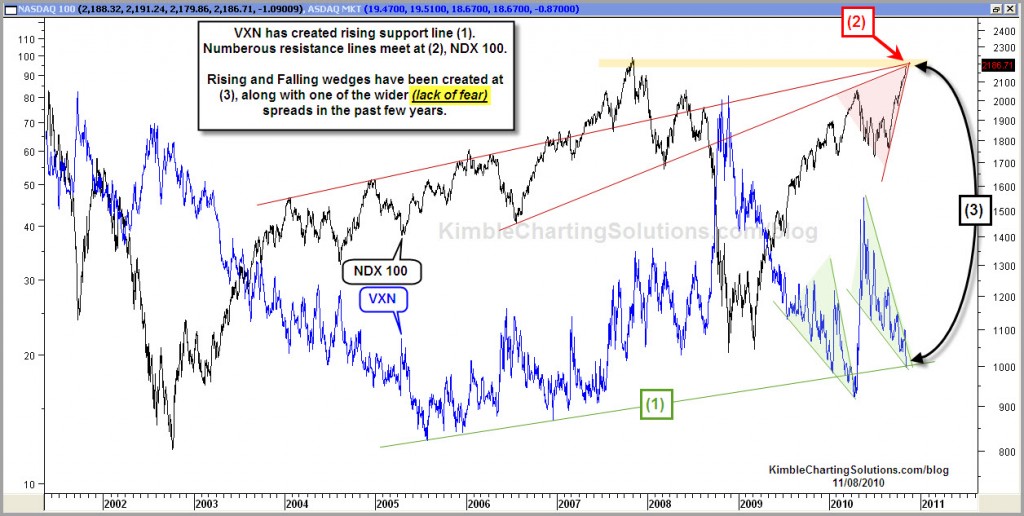 Being a believer in the “Power of the Pattern” requires patience, to let patterns form and get close to completition.  The Nasdaq 100 finds itself testing the highs it reached back in 2007 and the VXN index finds itself on a rising support line.  If the past is a good indicator, aggressive investors should start to build a position right now by picking up some VXX, with a stop comfortable to their personal risk levels.

This suggestion should only be taken by aggressive investors because the trend remains up, price action in many areas remains a positive and Apple (AAPL) which represents roughly 25% of the NDX 100 index, shows NO SIGNS of trouble right now!