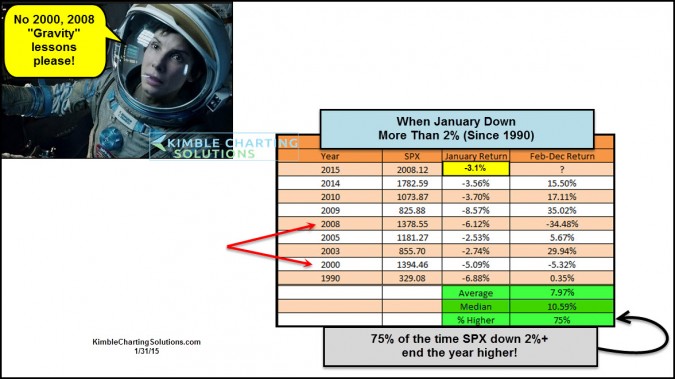 Unless a person lives in a cave, I suspect by now you’ve heard the S&P 500 was down for the month. I suspect you’ve also heard, “So goes January, So goes rest of the year!”

Yesterday I shared that the Dow was facing what could be an important Fibonacci extension level. In 2007 the Dow hit this extension level and stopped on a dime, leading to the poor 2008 performance (See post here)

The odds may be low that the Fibonacci extension level stops the Dow again in its tracks, the impact could be very important if it does!

See more of our research and products…..