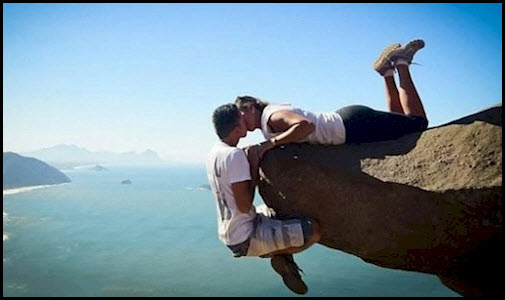 The chart below looks at Crude Oil over the past 30-years. As you can see, Crude has traded inside or rising channel (A). Crude is down over 15% in the past month. Was this due to a “dangerous kiss of resistance?”

Crude Oil hit rising channel support earlier this year, just below the $30 level. Once it hit 20-year rising support (A), it rallied nearly 50% in a matter of months. The strong rally took Crude to the underside of rising channel resistance at (1), where its rally stopped on a dime.

Since hitting resistance, Crude Oil broke steep rising support and has fallen hard at (2). Crude Oil peaked in 1990 at the $40 level, now Crude is testing this high at this time.

Crude finds itself at a price point that could be very important for it right now and the broad market in general, as the correlation between the two over the past couple of years, has been higher than normal.