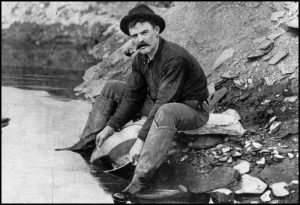 Gold mining stocks had a great first half of the year and half been hit hard since this summer. Since the highs in August of this year, miners ETF GDX has lost a third of its value (see chart below). 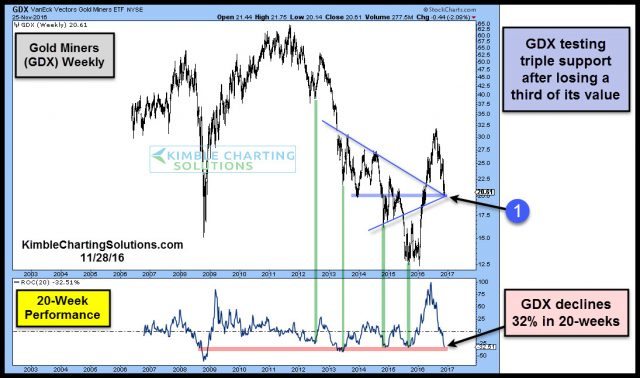 GDX has rarely declined 30% or more in a 20-week time frame. When it has in the past, it was closer to a low that could be traded, than a high. The historically large 20-week decline now has GDX facing a triple test of support at (1).

GDX finds itself at a price point where it needs to rally at (1). If it does, it could provide some nice gains to the upside.

With GDX still way below all-time highs, it is critical that support holds for GDX at (1).