Bank stocks, could be soft for next 1 to 3 years, says Joe Friday 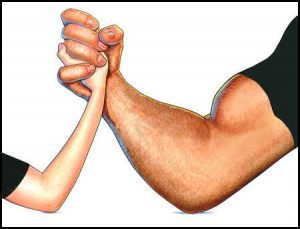 Unless one lives under a rock, you are most likely aware of how strong the banks have been of late. Could strength of late actually be followed by weakness/under performance for the next 1 to 3 years?

The strong out performance of banks of late, has pushed relative momentum up to levels seen only a few times in the past decade

Joe Friday Just The Facts; Banks have under performed that broad markets for the following 1 to 3 years.

At the same time momentum is lofty the Bank/S&P ratio is testing “dual” channel resistance at this time.

Full Disclosure- Premium Members bought banks in late August before the rally and have been selling into strength and bringing up stops. Risk On trade in the broad market and banks, wants/need this ratio to have “different results this time!” Should this ratio breakout, game plan is to add back some back exposure, that has been reduced of late.