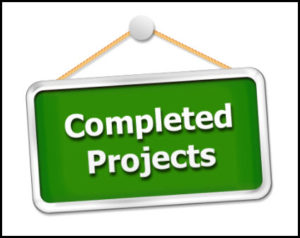 The Power of the Pattern has shared several times on this blog, that a bullish pattern had formed in Ole Doc Copper. With the bullish pattern in play, we shared with our members and on the blog that Freeport McMoran looked to be a good asset to own a couple of months ago. FCX had formed one of our favorite bullish patterns (bullish falling wedge), where two-thirds of the time and upside rally takes place. This pattern also allows one to set tight stops in case of a breakdown.

We wanted to update viewership of the blog and the action that was taken on FCX, as the position was closed this week- 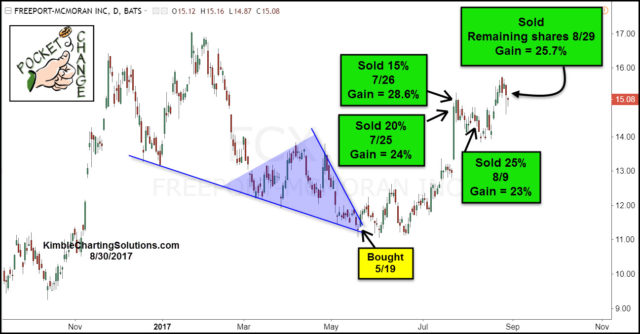 As FCX took off, we started sharing with our Premium & Metals members that it was “Pocket Change” time, where profits were taken on part of the position. Of late with gains on remaining shares up almost 30%, stops were pulled on the position. This week the stops were hit and the last 40% of the shares owned were sold.

We are now using the capital and gains to find another hard hit asset that looks to be forming a bullish pattern.

FYI- Taking gains on FCX does not mean we are now bearish on the stock. Picking up 25% in 100-days is enough for now, as momentum is lofty in Copper and FCX.