Below looks at FAANG stocks and the S&P 500 that we share with members each week. As you can see “All” of them remain inside rising channels. NFLX and AMZN are attempting channel breakouts and AAPL is attempting to break out above old highs. Full disclosure; Members bought Apple as it was testing rising support at the 2/9 lows (up 14%) and will add to the position if it breaks above old highs. 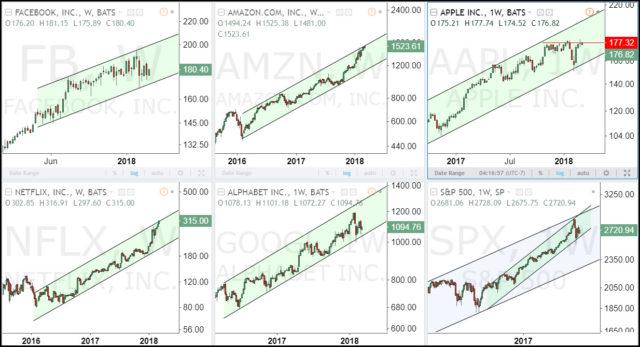 If SMH is able to accomplish a dual breakout at (2) in the top chart, it would be good for it, FAANG stocks and the broad market. Keep an eye on this leading sector friends, what it does here should be important for portfolio construction going forward!