Joe Friday…Risk of “Deflation” is high and will surprise the majority!

In 2007, when stocks (S&P 500) and commodities(CRX Index/Copper) were peaking there was little talk about deflation from the media (inset chart point 1), around the globe.  Results going forward…The majority was surprised as S&P 500 fell 50% and Commodities fell further.

In 2009, after a large decline in stocks and commodities the talk of deflation was very high (inset chart point 2). Results going forward….The majority was surprised as the S&P 500 and Commodities rallied over 100% in the upcoming few years.

Present times….Since May of 2011, the broad based Commodities index (CRX) and Copper have declined over 25% each.  Wouldn’t you expect with these type of declines in these commodities and in the Gold & Silver complex the talk of deflation would be picking up? IT’S NOT!!!  (see inset point 3)

Where is the deflation talk/concerns after a 25% decline, with key inflation indicators at support that that could break at anytime??? 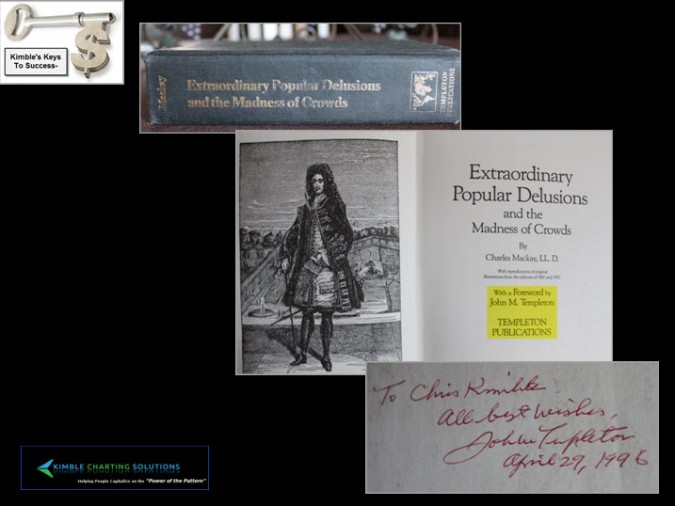 My mentor Sir John Templeton believed that outside of the bible, the most important book he had ever read was the “Extra Ordinary Popular Delusions and the Madness of Crowds!”  Even though he was an outstanding fundamental investors, he was an equal when it came to understanding crowd behavior/group think.

Is it a stretch to think we could have a period of deflation in the near future, despite the efforts of the Central Banks to stimulate the economy? I understand and appreciate concerns/arguments towards the inflation/hyper inflation side of the equation.

Joe Friday… If support in the CRX and Copper give way, increased selling pressure will ensue, suggesting a new round of deflation is at hand and it will surprise a good deal of the crowd!