Consumer in much better shape…lowest debt service ratio in 30-years! 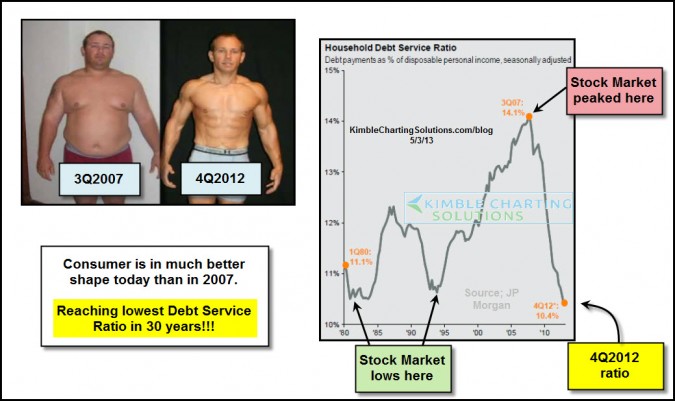 In the third quarter 2007 the American consumer ways way out of shape when it came to the percentage of debt payments to disposable income, hitting a 30-year high at 14%.

Over the past few years, the consumer is getting in better shape, reducing the percentage of debt to disposable income, as the ratio is now nearing 30-year lows!

The last two times the consumer has been in this kind of shape was back in the early 1980’s and early 1990’s, which were times of stock market lows.  If the U.S. economy is a consumer driven economy, could this be good news for the markets???