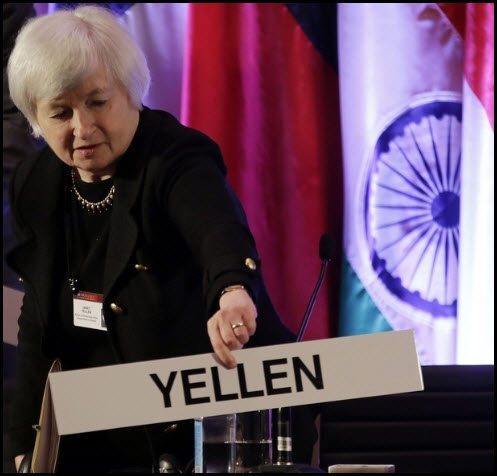 Janet Yellen is looking to be approved today by the senate, as the new Fed Chairperson. Can see repeat Ben’s stock market success? 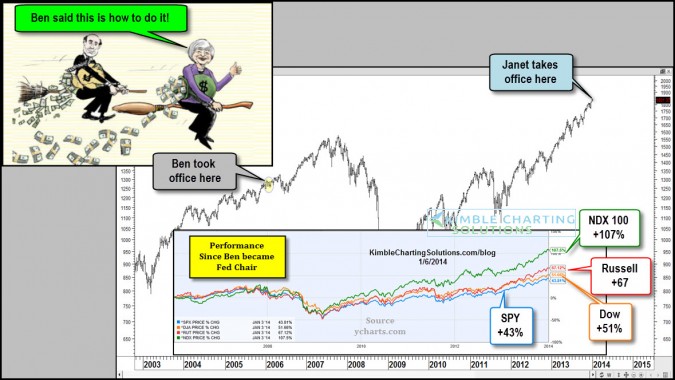 The above chart reflects the day Ben became chair of the Fed and the stock markets performance since that date, thru this past Friday. As you can see the Dow is up 50% since Ben took over and the NDX 100 is the leader, up over 100%.

The above table reflects the performance of the S&P 500 and TLT over the past one year, reflecting that stocks did well and bonds struggled. Was this performance due to the Fed or driven more by the free markets? Can or will Janet follow the same policies of Ben and create the same type of performance results or will she be forced to do something different? 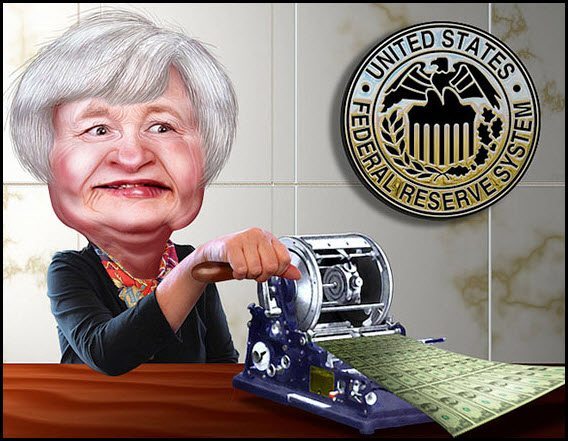 A popular phrase has become “don’t fight the Fed!” Will the phrase over time become…”don’t fight Janet?”  The Dow rose 50% during the time Ben was in Office.

If the Dow rallies as much during Janet’s term, the Dow would stand at 25,000!

Will it be different this time?