Will the Russell 2000 push away this 800-Pound Gorilla? Harvest some here? 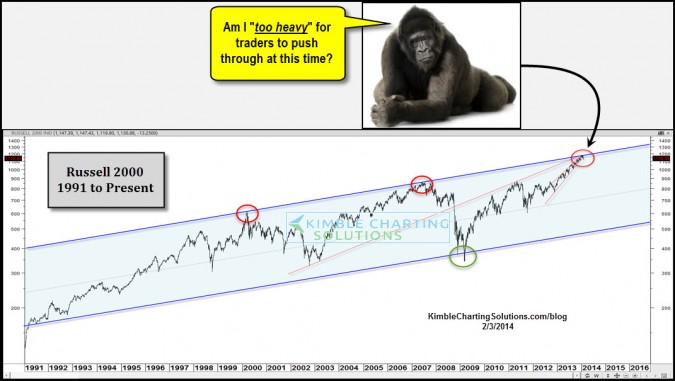 What would you do if long-term channel resistance was at hand, plus bearish rising wedges and valuations were hitting the highest levels in history?

The Russell 2000 has created a well defined rising channel. This channel ties in some of the key highs & lows since the early 1990’s. At the same time the Russell is hitting the top of this channel, a couple of other resistance lines come into play.

This resistance becomes very important and potentially very heavy when you consider that valuations in Small caps are hitting levels only seen in 1998 & 2007.

What actions usually pays off when….Long-term channel resistance is at play, bearish rising wedges are in place and the highest valuations in history are at hand? 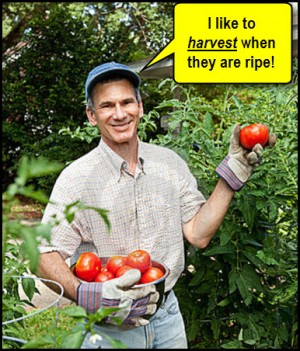 Can the Russell push past resistance? Sure it could! Is harvesting some holdings with these technical and fundamental conditions at hand bearish? No! Just sharing a set up so investors don’t let some of their holding rot on the vine!