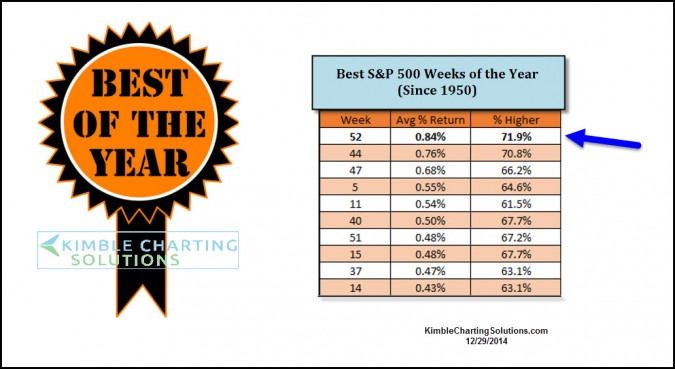 Think about this….The average percentage gain for this week is .84%. That means that almost 10% of the average yearly gains after inflation, takes place during the last week of the year.

See more of our research…..HERE