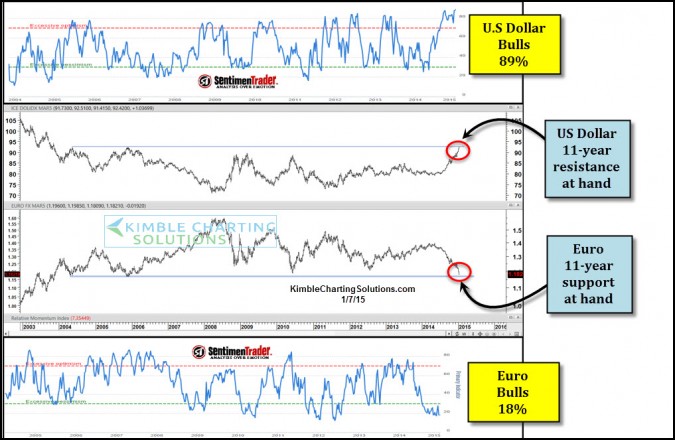 Even though the U.S. Dollar and Euro seemed to have had decent moves the past 6 months, when you take a 30,000 foot view of both, they are at the same price point as they were 11-years ago.

Both have done nothing more than trade sideways, inside of a channel for the past decade. Jason from Sentiment Trader, shows sentiment towards both is at extremes.

Should King Dollar break resistance, it could be a portfolio “game changer!”

What happens here, (breakout or failed break from channel) in my humble opinion, could well become the most important currency event in a decade. What these two key currencies do going forward will tell us a great deal about owning commodities (Gold, Silver & Miners) and if deflation has run its course or is about to pick up speed.