Crude at a low, King Dollar at a high? Surprise a few investors?

Crude Oil’s decline has been rare in a couple of ways, percentage decline and how quickly it took place.

The decline took it down to support that has been in play since the 2009 financial crisis lows. Momentum is now the lowest its been in over 20-years.

Could the low be in place in Crude?  It seems a little early to make that call. 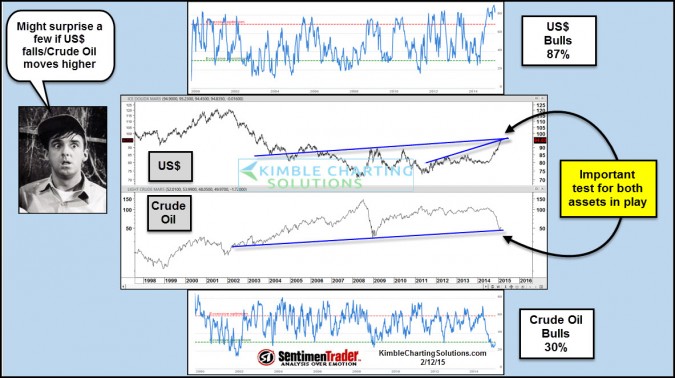 These charts highlight that Crude is testing support while the U.S. Dollar is testing resistance. The strong moves by both have sentiment (Sentiment Trader) at levels not seen many times in the past 20-years.

I suspect that a Crude Low and US$ high at these prices would surprise a few people should it take place!

Would be honored to have you as a member, sign up details below