Bitcoin – Stage set for a bullish breakout, after 75% decline! 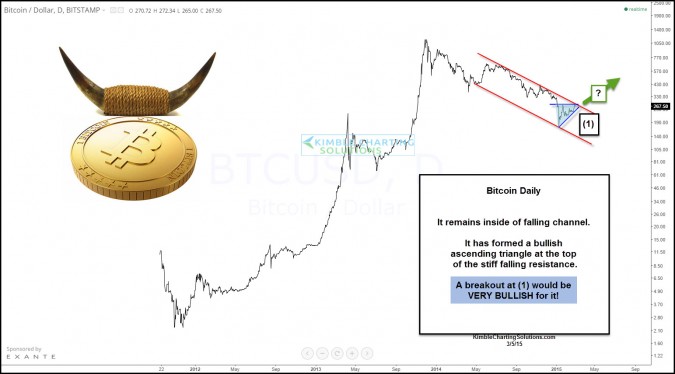 Bitcoin has had a rough couple of years, as it declined almost 75% from its highs in 2013.  Over the past year its decline has taken place inside of a uniform falling channel.

At this time Bitcoin is making another attempt to breakout. From a technical analysis perspective, something looks a little different this time around.

Bitcoin looks to be creating a bullish ascending triangle, which suggests an upside breakout about two-thirds of the time.

Should Bitcoin breakout above the top of the ascending triangle and the falling channel at the same time, it would be the best price action potential its seen in a long time!