Will the Chinese be luckier than the Irish? 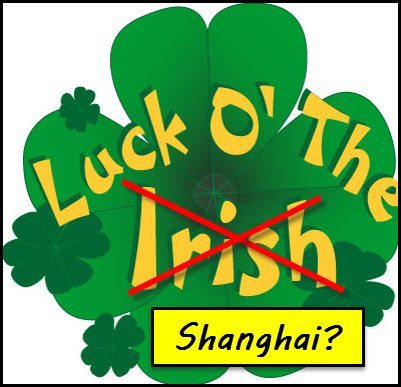 The Irish may be lucky, over the past few years the same can’t be said for the Shanghai index. This key Chinese index remains well under the 2007 highs (40%) and has under performed many key stock markets around the world by a large percentage.

The Shanghai index has done well over the past 9 months, actually one of the best performing stock markets around the world. The rally now has the index attempting a breakout of a key Fibonacci resistance level.

In my humble opinion, the Shanghai index its testing the most important price point since 2009 right now. Will it breakout and attempt to climb back to old highs or stall out here?  China represents 1/6th of the worlds population, could the world get lucky if a breakout happens or be unlucky should a breakout fail to transpire?

Stay tuned, we will see who gets lucky here!