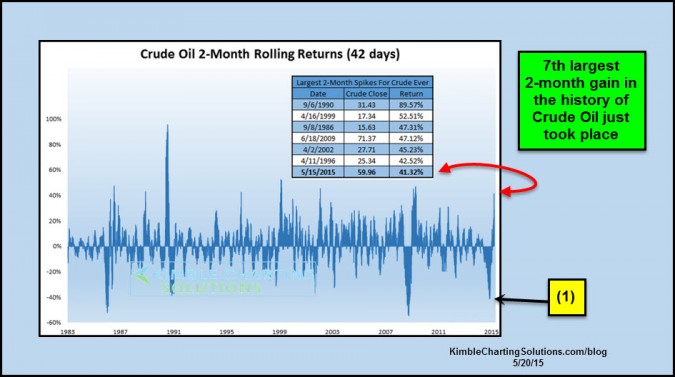 Two months ago, the 2-month rolling return for Crude Oil was -40% at (1) above. At that time Crude Oil had declined almost $70 in the past 9-months, trading near $45. It was easy to find people predicting that Crude Oil was not near a low and some shared it was on its was to the $20 range.

On March 31, the Power of Pattern shared the chart below at See It Market (see post here), reflecting that only 8-times in history had Crude oil created a 10% reversal pattern after a 40% decline in 12 months and the average gain 12-months out was 50%. 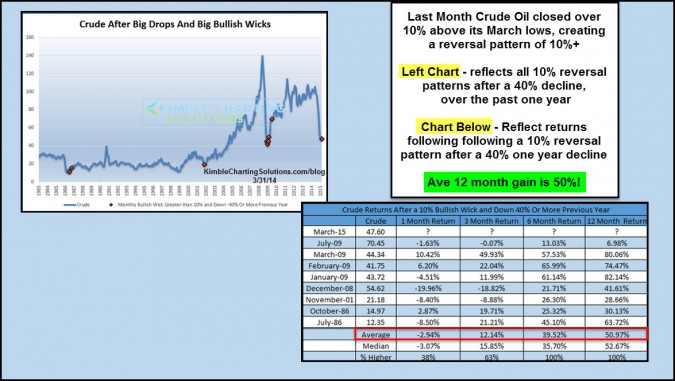 At the time Crude made the monthly reversal pattern (bullish 10% wick) it was trading at long-term support, which provided a good place for a rally to take place.

Bottom line here… Bullish reversal wicks at support can provide good entry points and surprise the majority of investors. Crude Oil traders now might want to be a little more cautious since the rally over the past two months has been historically large!