Is the Fed losing control of interest rates? 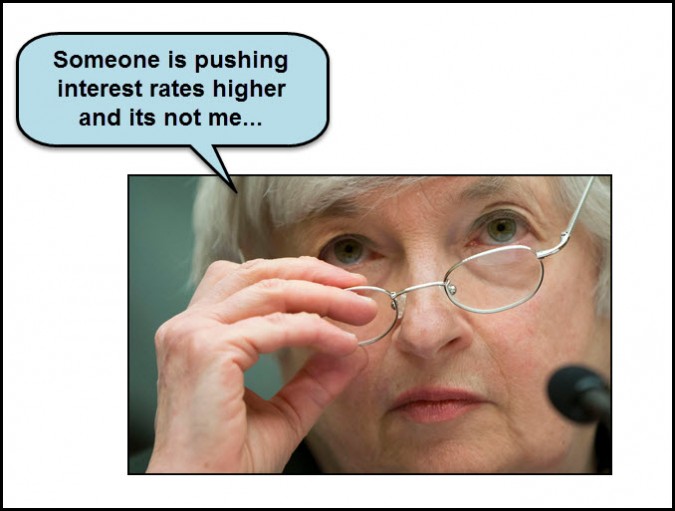 If this is true, is Janet raising rates and not telling anyone? The table below looks at the performance of the yields on the 10 & 30-year notes and TLT over the past 90-days. As you can see yields are up nearly 20% in 90 days!

If Janet and the Fed aren’t raising rates right now, is it possible that “Billions of Free Thinking People” are causing rates to move higher?

The yield on the 10-year note is attempting to break above its 200 Day EMA and falling resistance at the same time at (1) below.

In January of this year, I shared “10 Reasons Rates are about to rise,” before this 20% rally in yields took place. (See Post Here)

A yield breakout above falling resistance and above 200EMA lines should be respected and would suggest that the rally in rates is not over at this time.

To receive Daily or Weekly Power of the Pattern Research…