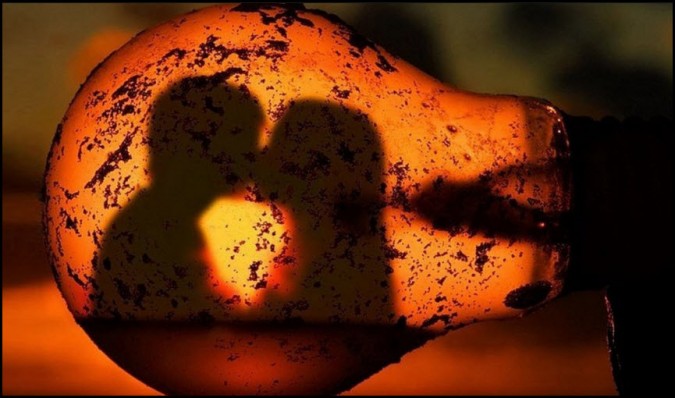 Copper is often looked at as a leading indicator. Doc Copper has been hot of late! Over the past 90-days, Copper ranks third from a performance perspective (see table below) On a longer term basis, ole Doc Copper doesn’t have much to brag about.

For the past few years, Copper has been weak, losing over a third of its value. Earlier this year, the decline in Copper took it below support line (1) that had been in place for over 10-years. Now a key kiss is taking place on the underside of this resistance line! 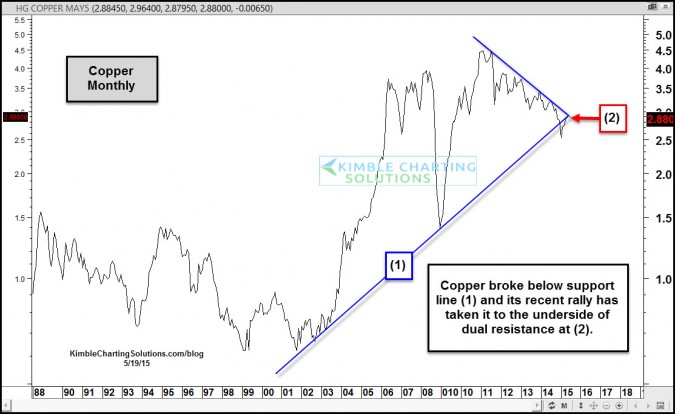 This monthly chart reflects that Copper’s rally of late now has it “kissing the underside of dual resistance” at (2) above. If Doc Copper does happen to be a leading indicator for global growth or activity, what it does at (2) could be very important. Has the rally in Copper been influenced by a rally in stock markets in China?

China represents one-sixth of the worlds population and its stock market (Shanghai Index) has done rather well this year and is up 100% since last July. The rally has taken it up to a key Fibonacci resistance level.

Bonds have been hit hard of late, heading in the exact opposite direction as Copper. If Copper would fail to break above dual resistance, I humbly suspect bond investors would react to it in a positive way.