Margin debt hits all-time highs- Why we shouldn’t be so concerned! 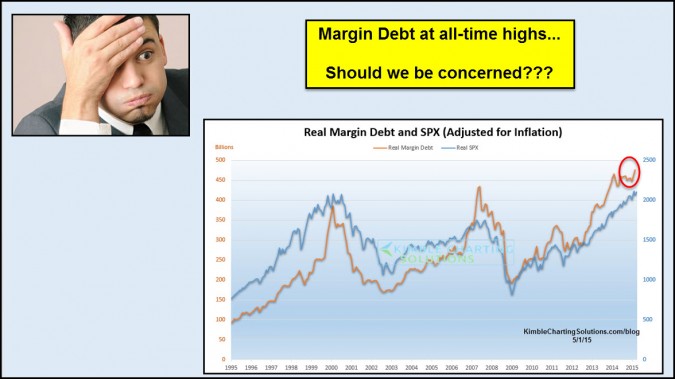 Margin Debt of late hit all-time highs, surpassing levels reached in 2000 and 2007, should we be concerned? In the long-term, margin debt at these levels will most likely become an issue that will impact markets, possibly like it has in the past.

In the past, it wasn’t high levels that ended up being the signal to reduce exposure to stocks. So what was the signal? When should we be concerned that these levels could impact stocks?

Below looks at Margin debt on a 12-rate of change. The chart below reflects that when margin debt was expanding rapidly on a 12-month basis in 2000 and 2007; then it turned sharply lower, that is when investors should have been concerned about stocks. 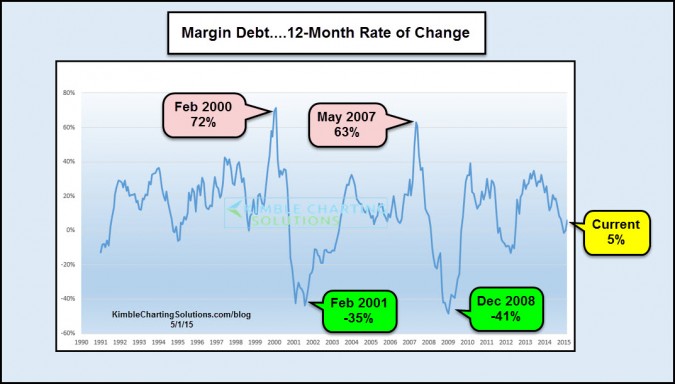 At this time, the 12-rate of change is nowhere near levels in 2000 or 2007, when stock were peaking.  As you can see the 12-month average is in the middle of the range established over the past 25-years.

If one is to use margin debt levels to determine exposure to the stock markets, one might get really concerned if the 12-month average was much higher and turning lower.