Dow Jones- 4th tightest trading range in 115 years is about to end! 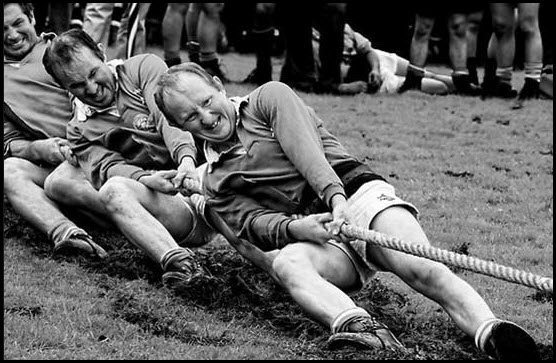 The tug of war between the bulls and bears has created an unusual situation this year, a historically tight trading range! The chart below reflects that the Dow Jones has traded within a 6.68% high to low trading range this year. That is the 4th tightest trading range through May, in the past 115 years. 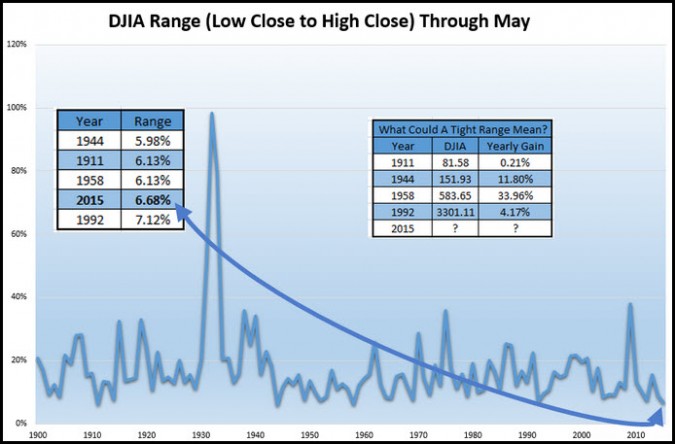 The inset table to the right looks at future performance of the Dow following narrow trading ranges through May. As you can see, most of the time the market has ended the year to the upside. Will it be different this time?

The chart below shares that the S&P 500 is being squeezed between a long-term resistance line (1) and a long-term support line (2).

This chart reflects that the tug of war between the bulls and bears could end very soon, as it wouldn’t take much of a move in either direction to either break support or resistance.

Is the Fibonacci 161% extension level based upon the the 2007 highs and 2009 lows the cause for this tight range Year-to-date? Regardless of what the reason is, odds are very high this narrow range will end soon!

Of late I am seeing some negative divergences in our “Shoe Box” indicator that I haven’t seen in a good while. Should this tool breakdown along with Advance/Decline lines, it would indicate some weakness in the near future will take place.