Apple poised to break from this pattern! 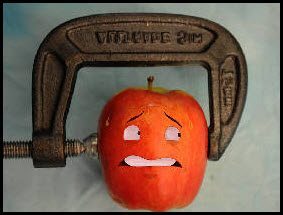 The worlds largest company has been rather quiet the past 4-months! The table below highlights that Apple has mostly traded sideways of late and its down a little over 1% since February 23rd.

Is this sideways action about to end? It looks like it from a Power of the Pattern perspective!

Either a bounce off support and a breakout above short-term resistance is about to happen or a break of rising channel support that has been in play for the past year will take place.