Euro about to blast off and surprise many traders? 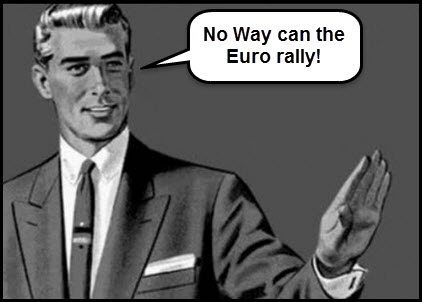 The Euro has had a rough go of it the past 7-years, losing a third of its value. Could it be rally time? I fully understand if you feel like the person above, who is saying “No way can the Euro rally.”

The chart below looks at the Euro since the late 1990’s.

As mentioned above the Euro hit a cluster of support at the bottom of a long-term falling channel on 3/13 at (1). As it was hitting this potential support point, momentum was hitting the lowest levels since the late 1990’s at (3). 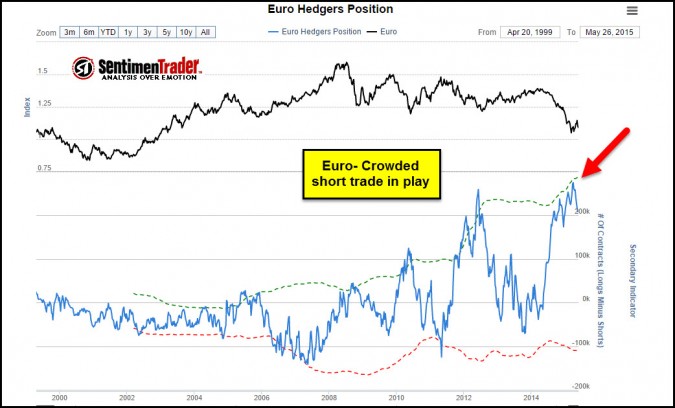 Does it seem hard to believe that the Euro could rally from here? I understand if you say “no way!”

If the Euro would happen to take out resistance at (3) in the top chart, the potential for a short covering rally increases a good deal, which would surprise a large number of traders.

A break of the 1.15 level in the Euro could be a tipping point….lets stay tuned to see if the Euro can push above it or fail here!

If you would like to stay abreast of this situation, I would be honored if you were a Premium or Triple Play member.