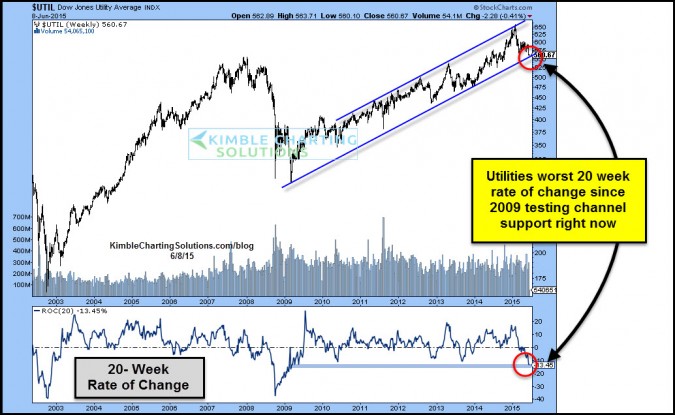 Is the Fed going to raise rates? It would appear that the Utilities index is concerned about rising rates! Utilities have had a rough go of it since the first of February.

When looking back over the past 20 weeks, the Dow Jones Utilities index is down over 13%. This represents the worst 20 week performance since 2009. This decline has taken utilities down to a support line that dates back to the 2009 lows.

As you know, Utilities are usually concerned about the direction of interest rates. I suspect that the sharp rise in rates over the past few months have had much to do with the weakness in bond prices. 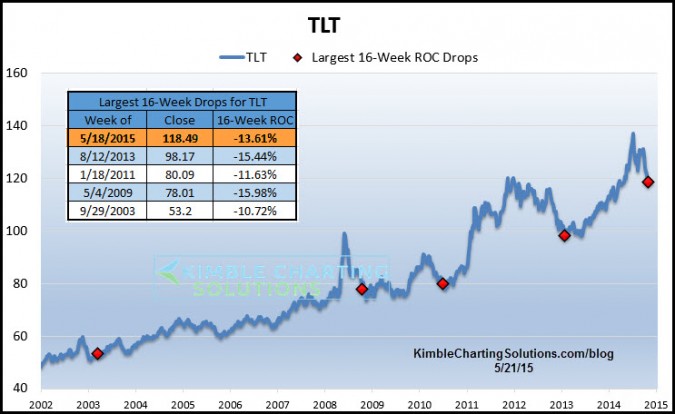 Interest rate sensitive Utilities aren’t the only asset impacted by rising rate concerns of late. This chart looks at TLT, which reflects it just had its third worst 16-week decline in it’s history.

I shared this chart with members a few weeks ago. Back in January the Power of the Pattern shared the odds were high that interest rates were about to move much higher, giving 10 Reasons why they will head up (See post here)

If you would like to get this type of research on a daily(Premium) or weekly (Triple Play) basis, I would be honored to have you as a member.