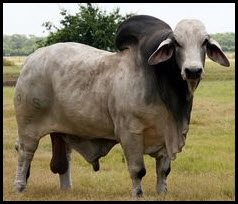 The chart below looks at the NYSE Composite on a monthly basis, dating back to 1965.

Despite the quick down turn of late, this long-term rising channel remains in tack.

Some things that caught my attention in the above chart

(1) – The NYSE hit mid-range parallel resistance a few months ago and of late has broken below support off the 2009 lows.

Now that the 2009 support has given way, which is something to respect, where does long-term support come into play?

(2) -The last time the NYSE touched the bottom of this rising channel was back in 2009, as it stopped on a dime at support, during the financial crisis. The support line now comes into play at the 7,666 level, which is around 20% below current prices.

If you are a long-term bull and like to play long-term rising channels, you should feel good that the long-term trend is still up and 40-year support has not been broken.

These would have my attention if you are looking to make some shorter-term observations/decisions… support is a long way away, 6-year support has been taken out recently and monthly momentum is still lofty and has made a series of lower highs over the past 15-years. Some might view these lower highs as a divergence against the long-term trend and a potential negative for the time being.