Did The Retail Investor Just Panic? 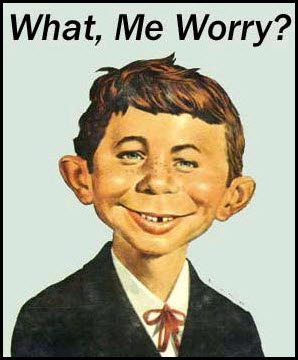 This mornings post is from good friend Ryan Detrick. I am a big fan of using sentiment to get an edge in trading.  What I’m looking for are assets that are widely hated or widely loved – then going the other way.  In the end, price is the only thing that pays, but over the years I’ve found also considering sentiment can greatly help your portfolio as well.  The issue with using sentiment polls is the person doing the voting might not be telling the truth.  They could simply be talking their book.

Doing one thing, but saying another.

Well, there’s a new sentiment poll that takes care of that for us and looks at what real active investors are doing.  I give you the TDAmeritrade Investor Movement Index (IMX).

You can read more about this brand new index here.  Here’s how they describe it:

The Investor Movement Index, or the IMX, is a proprietary, behavior-based index created by TD Ameritrade designed to indicate the sentiment of individual investors’ portfolios. It measures what investors are actually doing, and how they are actually positioned in the markets.   So each month, we draw a sample from our 6 million funded client accounts that include all TD Ameritrade retail (individual, self-directed) investor clients who have traded at least once in that time period.

Pretty cool, huh?  Now here’s what you need to know, this Index just had the second largest drop ever.  In September it dropped 9.16%, only the 9.84% drop in October 2014 was larger.  Now anytime I hear October 2014 my ears pick up, as that was a major tradable low for equities.  In fact, Chris and I call that one the “Ebloa lows”, as worries over Ebola sparked that sell-off.

Now, digging into what exactly happened, turns out retail investors were actually net buyers in September.  The reason this Index dropped so much was investors moved into stocks that were less volatile than the market as a whole.  Here’s how TDAmeritrade summed up the drop, “…this month we saw volatility in many of those companies decrease at a faster rate than that of the overall market. This equated to a lower relative volatility and a lower IMX.”

Very interesting and this is worth following every month if you ask me.  Were they net buyers or did they panic?  I like to keep it simple and the last time this dropped big was a major low.  That is what we should take away from this one.