Banking System could be in trouble, if support breaks here! 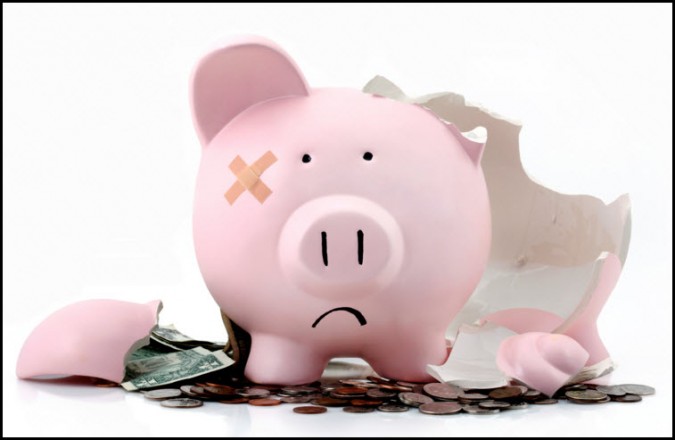 Since the market highs back in 2007, Banks in the states have little to brag about! The table below compares the Bank Index (BKX) with the S&P 500 since March of 2007.

When one compares the broad markets to the banks since 2007, the results are almost the polar opposite, as SPY is up 38% and the Bank index remains 45% lower. Why are banks under performing so much, when compared to the broad markets? Is it due to the chart below? 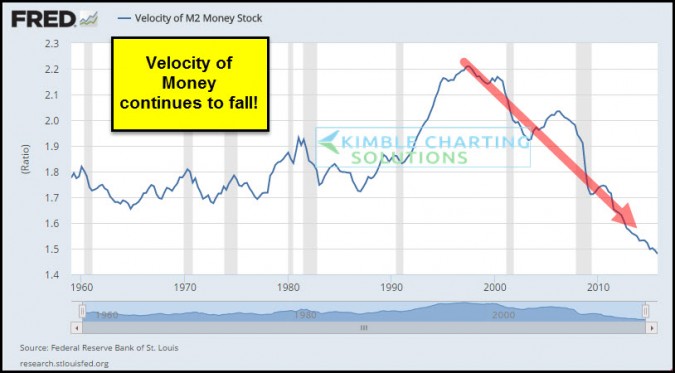 The Velocity of Money continues to create a series of lower highs and lower lows since 2000. Is this why they are under performing so much?

We humbly have to admit one thing, “knowing exact reasons why something is happening, is above our pay grade and we don’t spend much time wondering, the why part!” The Power of the Pattern below does not answer why banks are lagging so much, it does show that the Bank Index finds itself at a very important Power of the Pattern situation!

The key take away on this chart is this; If dual support at (2) would be taken out to the downside, the message coming from billions of free thinking people would be one of concern, for the banking system.

We humbly feel, it is very important for the banks and the broad markets, that support holds at (2)!