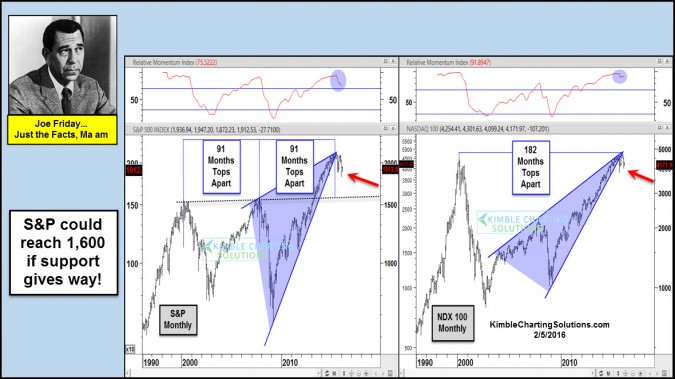 Joe Friday Just The Fact…Both indices have traded sideways the over the past year plus. If support gives way of this sideways chop, the S&P 500 could find itself testing the 1,600 level. Sideways support is the key, which is still in play.

If billions of free thinking people break this support, they could do damage to the 5-year rising channels! See channel support HERE

Full Disclosure- Premium Members are short the S&P and NDX due to the patterns above.