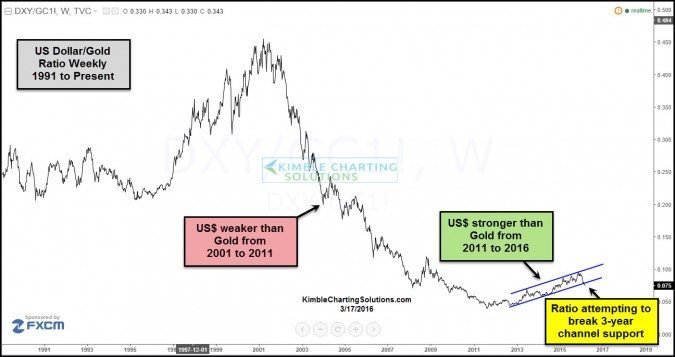 Below looks at the same US$/Gold ratio and we applied the 50 & 200 Day moving averages to the chart. 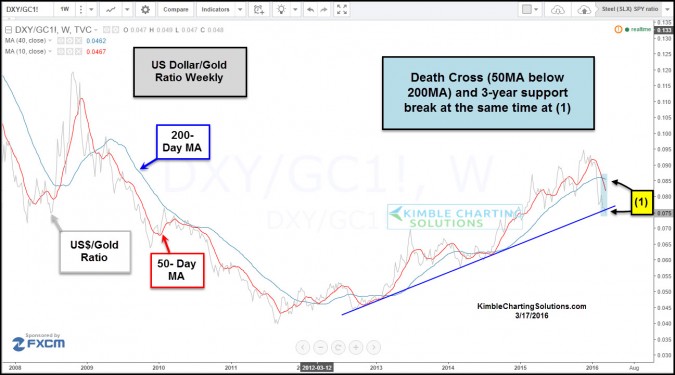 This is the first time in years that a “Death Cross” and a break of rising support, is taking place at the same time. The day before the highest weekly close in history, the Power of the Pattern suggested that Metals could be a place to avoid for years to come.

The combo of a breakdown in the ratio and the death cross, would suggest that a multi-year trend could be changing at this time!

If this type of info is important to you, we would be honored to have you as a Metals Member.  Monthly membership is just $29 (sign up here). We pass along a 20% discount for annual membership (sign up here)