DAX Index (Germany) – Leading indicator pulling S&P down with it? 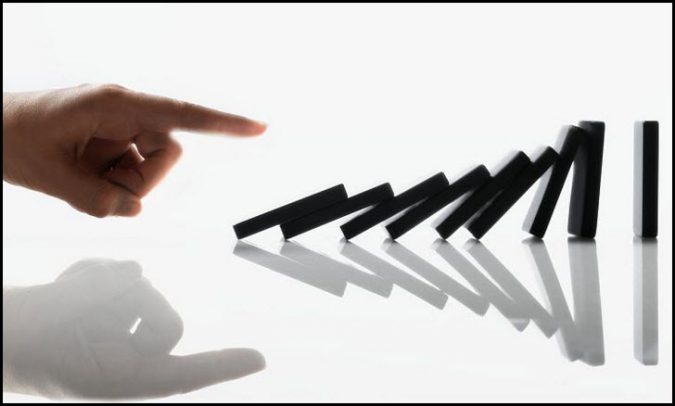 Over the past 12-15 months, the majority of global stock markets have been in a down trend, creating a series of lower highs and lower lows. The German Stock market peaked around 6-weeks ahead of the S&P 500 last year and could be considered a global trend leader, creating a domino effect.

Below updates the pattern in the DAX index-

The DAX index remains inside of long-term rising channel (A), no doubt this trend remains in play, higher lows and higher highs. In April of last year the DAX hit the top of rising channel (A) and peaked in early April, which started a series of lower highs and lower lows, since then.

The DAX seems to be influencing key markets around the world ever since. The DAX peaked around 6-weeks ahead of the S&P 500 last year and many global stock markets have “look alike” patterns ever since.

The DAX hit dual resistance at (1) about a couple of weeks ago and could be reversing its 60/90 day trend.

The Power of the Pattern would suggest to keep a close eye on this leader right now, due to its leadership/domino potential impact!