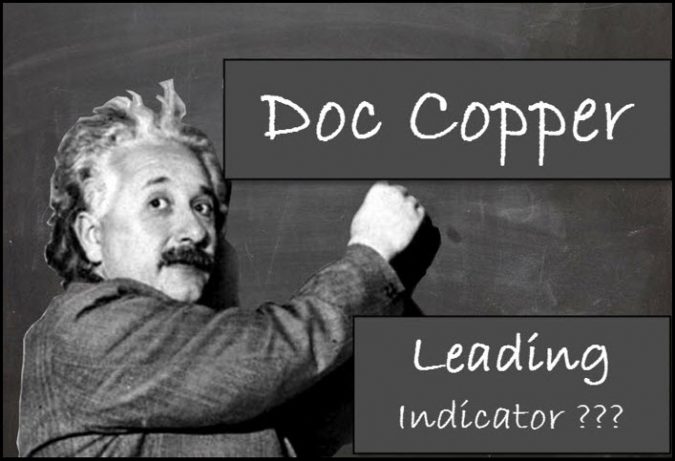 In 1999 and 2001, Ole Doc Copper created a double bottom on a monthly basis and started moving higher. Once Copper started heading sharply higher in 2003, commodities and stocks did pretty well in the following years.

Currently Doc Copper finds itself in what could be a very important price point, that could say a good deal about the direction of the macro picture, around the world. Copper has spent 98% of the past 13-years inside of a rising channel, check out what it is doing below.

Copper double bottomed in 1999 and 2001 and then started moving higher for years to come. Copper double topped in 2011 and has been moving steadily lower for the past 5-years.

Copper is testing 13-year rising support and the 61% retracement level of the 2001 lows and 2011 highs at (1) above. From a macro point of view, the Power of the Pattern feels its very important that Doc Copper holds at dual support.

The trend in Copper is lower and if support would happen to give way, selling pressure in this leading indicator could ramp up. We humbly feel that what Doc Copper does at (1) could be a big deal for stocks and commodities going forward.