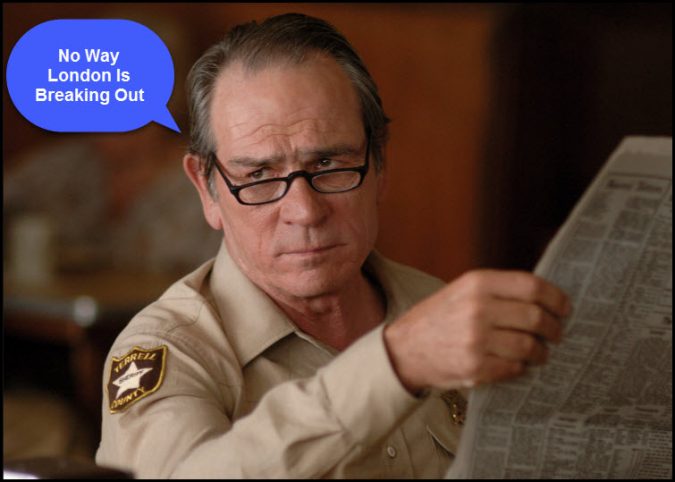 The media seems to be focused on the Brexit issue, with most of the coverage suggesting it was a negative event. Regardless of the media’s focus, prices are attempting to do something in Europe, that could be bullish and surprise a few investors.

The FTSE 100 Index remains in a long-term bullish trend (lower highs and higher highs) over the past 5-years. The bottom of the rising channel (A) was hit in February and so far it has held. Despite all of the concerns over the Brexit vote, this index is attempting to break above falling resistance at (1).

The Power of the Pattern has shared a few times of late, that other 5-year rising support in Germany and the NDX 100 was being tested of late and was still in play.

Last week before the Brexit vote, a post was shared, wondering if Y2K and Brexit had a ton in common. See Post Here.  One weeks price action does not confirm a bullish nor bearish case for stocks.

The above chart reflects that long-term support in London remains in play and this key index, which is at the heart of all the recent news, could be making an attempt to break above 1-year falling resistance.

Positive price action in Germany and London over the past couple of years has been good for the Risk On trade in the states. Keep a close eye on Europe, to see if an upside breakout is in play.