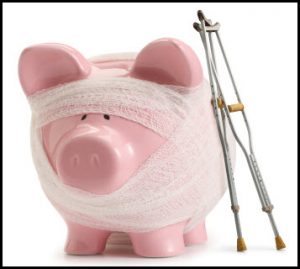 When one looks back over the past 10-years and compares the performance of Banks to the broad markets, banks look broken. We shared with members last week that since the highs in 2007, banks have under performed the S&P 500 by nearly 77%. Is this under performance about to end? 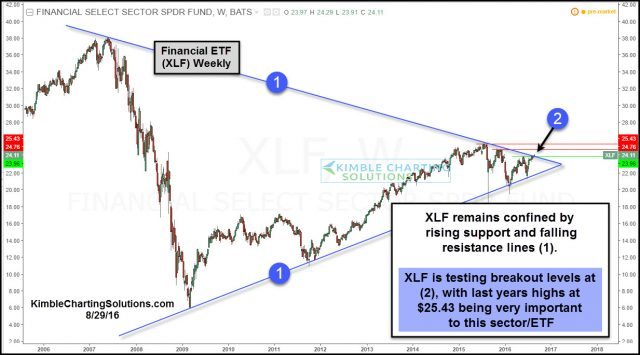 Financial ETF (XLF), appears to have been forming a multi-year pennant pattern over the past decade.

At this time XLF is testing breakout levels at (2), with two other key breakout levels coming into play. The 2015 highs around the $25.43 level, is the highest of these breakout price zones.

For the broad market to have success taking out the resistance zone around 2,150 in the S&P, it wants/needs financials to breakout at (2).