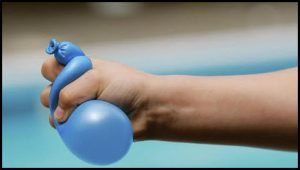 Gold mining stocks have had a great year 2016. From the lows, GDX is up over 100%, remaining inside of a steep rising channel. The rising channel GDX has been in during this historic sharp rally, could be breaking.

GDX has remained inside of the blue rising channel for the majority of 2016. This channel has contained a 100% rally in the past few months.

The rally took GDX up to an unfilled GAP, just below its 38% Fibonacci retracement level.

The week is NOT over with so far. As of the opening of business on Thursday morning, GDX could be breaking support at (1).

Where GDX is at the close of business tomorrow, will be important to watch, to see if it can remain above steep rising support, or if it takes out support.