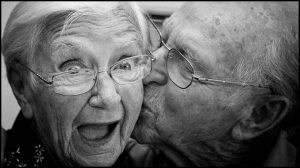 Below looks at the oldest miners index in the states, XAU index, over the past decade. The XAU index looks to be kissing potentially important resistance levels at this time.

All mining indices are up strong this year and all remain well below 2011 levels. Is the rally this year, nothing more than a counter trend rally in a long-term down trend? Not going there, too soon to tell.

At this time the long-term trend does remain lower (lower highs and lower lows over the past 5-years). Of late the strong rally has the XAU index testing the “underside” of its 61% retracement level of the huge decline from 2011 to 2016. At the same time it was kissing the underside of the 61% line, it was also testing falling resistance and its 2013 highs at (1).

Risk on trade would love to see the XAU index breakout at (1)!

The risk on miners trade does not want to see selling start taking place and break resistance at (2), as a break of support after potentially kissing resistance, could usher in more selling pressure.