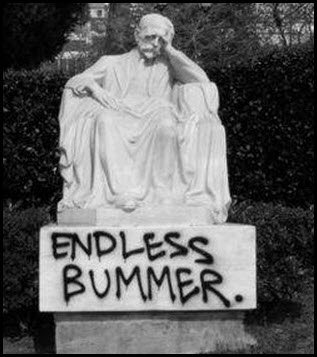 If one happened to buy Bio-Tech ETF (IBB) last summer, its been a bummer.  From July of 2015 until June of 2016, IBB had lost over a third of its value. Is this bummer about to end?

This chart looks at IBB over the past 9-years. IBB remained inside of rising channel (A), until it broke out in 2013 and embarked on a heck of a 2-year rally. IBB peaked last July and then came back down to test old channel resistance as new support at (1), several different times.

So far rising channel support (A) has held.

Now IBB is attempting a breakout at (2) above. Further price appreciation at (2), would be a positive for IBB and the broad markets.

What IBB does in the next few weeks (can it breakout), should tell us a good deal about this leader. If IBB would continue higher, it would send a positive price message to the risk on trade.