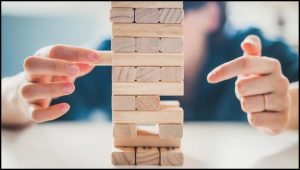 Banks in the states and around the world remain an important influence to the broad markets.

Below looks at the patterns of banks in Europe (EUFN) and Italy (EWI) and why they are at one of the most important price points in years!

Now the S&P is testing 2015 highs at the same time that EUFN and EWI are testing falling channel resistance at (1).

We humbly feel what happens at (1) above with these bank ETF’s, while have a large impact on stocks in the states going forward.