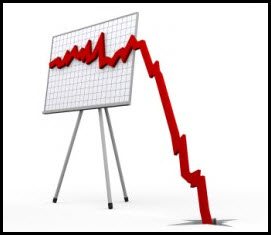 Copper is often viewed as a decent indicator of economic conditions. Over the past 5-years, ole Doc Copper has made a series of lower highs and lower lows. Is Doc Copper telling us something important?

Below looks at Copper futures over the past 25-years plus.

Copper has struggled since it hit all-time highs back in 2011. The decline over the past 5-years has Doc Copper testing 15-year rising support at (1). Copper has spent almost a year testing support at (1). So far it has held, as selling pressure has somewhat dried up. On the flip side, buyers so far, do not seem interested in owning Copper on the long side.

Bonds have fallen in price of late and yields have risen, causing many to wonder is the low in rates, in the books. What Doc Copper does with support and resistance at (2), looks to be important for the macro picture and potentially where interest rates head in the near future.