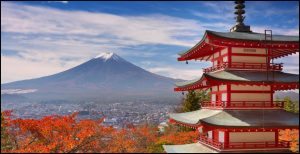 Below looks at the Japanese Yen over the past 20-years.

For the majority of the time, the YEN has remained inside of rising channel (A). Now a big test is in play, after breaking support.

The Yen remained inside rising channel (A) from the mid 1990’s until 2014, where it broke below rising support. The rally that has taken place since the lows in 2015, now has the YEN, attempting to climb back into this long-term rising channel.

At this time the YEN is facing a triple resistance test at (1). Some are of the opinion, that what the YEN does can have a big impact on the Risk On trade in stocks, globally.

Sentiment on the YEN right now reflects that 70% of traders are bullish the YEN.

Humbly feel that this is one of the most important price points in years for the YEN and what it does at (1), could impact stocks around the world. Even if you don’t trade currencies, YEN or FXY, what happens here, could have a big impact on portfolio construction going forward.