Would Jesse James want to rob these banks today? 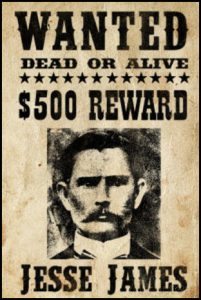 Jesse James was once ask, “why do you rob banks?” His answer, that is where the money is.

From an investing point of view over the past couple of years, investors have been robbed of opportunities if they have owned the banks, as the banks have under performed the broad markets for the past 18-months. Is this trend about to change?

Below looks at Banks in the States, Europe and Italy

XLF looks to be forming a multi-year pennant pattern and it is making an attempt to breakout at (1) above. The other two charts look at banks in Europe and Italy, which reflects that both are inside of uniform falling channels.

For Europe and Italian banks to send a risk on message to banks and the broad market in general, they need to breakout above falling resistance at (2).

We humbly feel that portfolio construction between now and the end of the year will be greatly influenced by what the price action of banks, in the states and Europe/Italy.

Financials were one of the best performing sectors last month, while the broad market was quiet. Most quality bull markets in stocks have seen banks going along for the ride. What EUFN and EWI does at (2), should be huge towards if the S&P 500 can solidly breakout above 2,150 resistance zone.