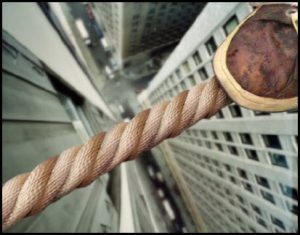 I doubt that one needs to be reminded that Doc Copper remains in a downtrend, creating lower highs and lower lows since it highs back in 2011. This down trend finds itself facing what could be a critical short-term test of support at this time.

Since 2011, almost every time Copper has moved above its 200MA line, it ended up being much closer to a high than a low!

Over the past 12-months, Copper has created a narrowing pennant pattern, inside of its 5-year falling channel.

Since Doc Copper remains inside of a 5-year down trend and the pennant pattern is near completion, the next step it takes, could be a very important one for this asset.