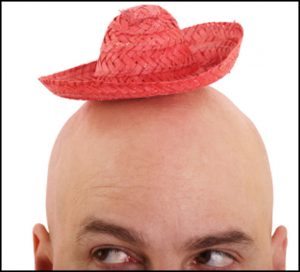 Below looks at the Russell 2000/S&P 500 Ratio over the past 5-years, highlighting that the ratio could be at an important price point. 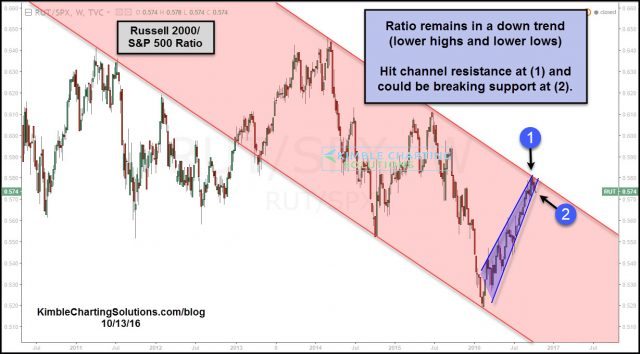 The ratio has been moving higher since earlier this year, reflecting that small caps have been performing better than large caps. Last year the same thing happened (Small Caps stronger than Big Caps) and once the high was in and support was broken, the overall market struggled to move much higher.

Now the ratio is testing falling channel resistance at (1), near the apex of a steep rising wedge pattern.

Rising support is being tested at (2), that if broken, would send a Risk Off message to stocks.

Humbly feel, that what this ratio does with resistance at (1) and support at (2), could have a big influence on the Risk On trade going forward. Keep a close eye on what small caps do here!!!