Hot Banks, do not want to turn cold here! 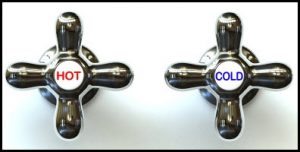 Are banks about to turn Cold again or become much much hotter? Below looks at Power of the Pattern thoughts on the question- 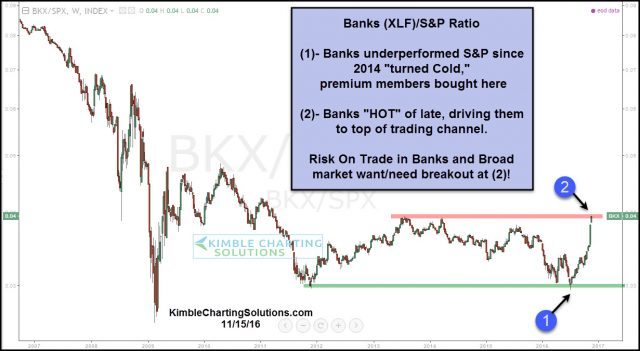 Banks have been much hotter than the S&P since hitting support at (1). Premium Members went long banks right after support was hit for the second time in a few months. What caught our eye, the ratio was near the 2009 financial crisis lows and was at the same prices as the lows back in 2011. Both times, banks had strong rallies.

While many say banks have rallied since the election was over, they actually started pushing higher, over 100 days ago.

In 2014 the ratio hit highs and Banks proceeded to under perform the broad market for nearly two years. Now the ratio is testing horizontal resistance at (2). The Risk On trade in Banks and the broad market wants/needs banks to remain hot and breakout at (2)! Biggest/most important risk on test for banks, in the past 24 months.