Of late, due to the elections last week, much of the media is talking about “new leadership.” Today I would like to discuss “old leadership” and why from a Power of the Pattern perspective, we humbly feel a leading sector is testing a key level, that could impact the broad markets. 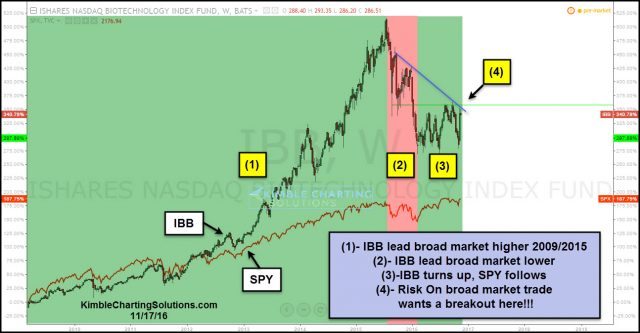 Now IBB is testing the top of its range and falling resistance at (4). This represents a key breakout test for IBB.

Risk On trade in the broad markets, wants/needs leadership to breakout at (4). Risk On trade does NOT want to see IBB create a reversal pattern and turn weak at this key test!