Market leader about to jump ship and breakdown? 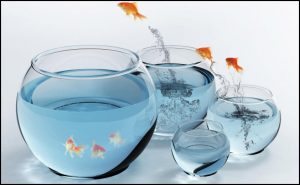 A long-term leading sector could be testing a price point where if it slips, it could slip a long way and impact the broad markets!

Below looks at Bio-Tech ETF (IBB) over the past few years. IBB was huge upside leader until last summer. Once it peaked, the broad market did go higher, but not in any huge way. 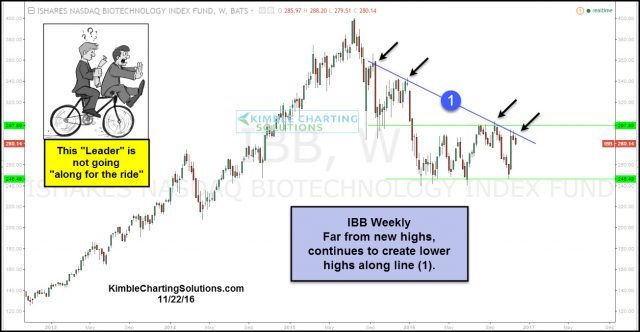 IBB has created a series of lower highs since last summer along line (1). The recent rally was sharp and tagged falling line (1), without a breakout taking place.

Even though IBB kicked the pants off the S&P 500 from the early 2000’s until 2015, it rarely had huge 1-week rallies. Some times assets have their biggest rallies, during bear markets. The chart below was published a couple of weeks ago, reflecting that IBB just experienced it strongest 1-week rally in the past 15-years. 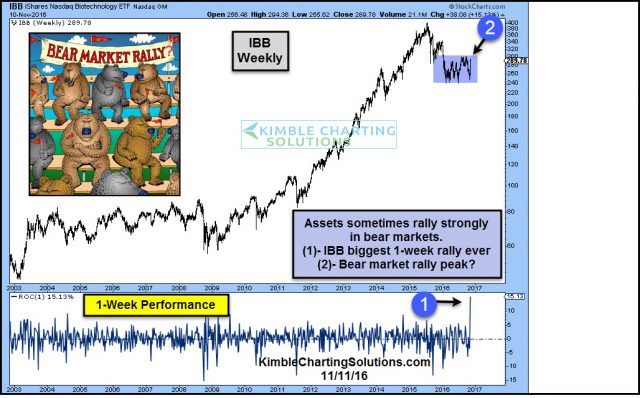 What IBB does at falling resistance line (1) in the top chart, could influence that broad markets going forward. Even if you do NOT own Bio-tech, don’t overlook how important its price message could be and its potential impact on the broad markets!