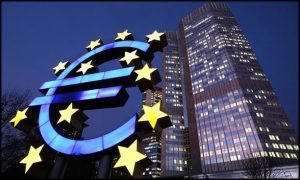 Since last summer, the Power of the Pattern has been sharing regularly, how important the price action in the DAX Index (Germany) and European banks, could be to the risk on trade in the states. 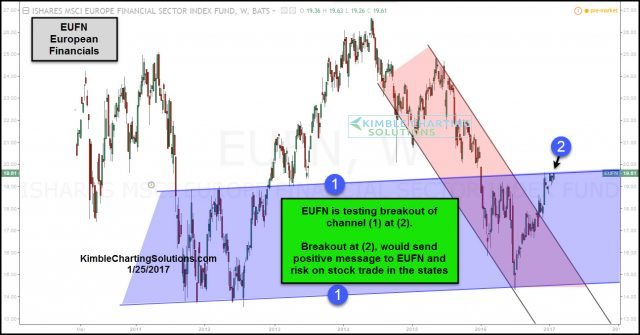 Since the summer of 2015, EUFN has remained inside of a very uniform falling channel (red shaded area). Late last year, EUFN broke above this falling channel and Premium Members hopped on the breakout. They sold into strength as it was nearing the top sideways channel (1).

Full Disclosure- Premium Members do not own EUFN at this time. They do own a hard hit bank in Europe, that has lost nearly two thirds of its value, as a ripple play.