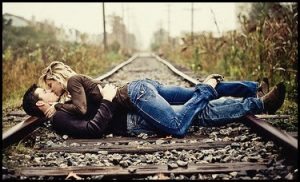 Some times a “Kiss Of Resistance” can take place at a price level, that can be dangerous for the current trend. Could Crude Oil be kissing resistance, at a dangerous price point, that could impact the current up trend?

Let me be clear about this, the trend over the last year in Crude Oil, is up, as it has created a series of higher lows and higher highs.

The patterns of today (kissing the underside of falling resistance), looks very similar to what took place in 2015. In times like this, one of my favorites quotes comes to mind; “Its not the odds of an event happening that is important, its the impact if it does.”

The odds are low that Crude Oil repeats again. The impact if it does, could be large, as Crude Oil and the broad have been fairly correlated since 2015.