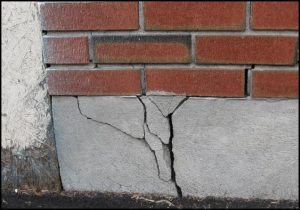 This past week the bull market in stocks, celebrated its 8-year anniversary, off the March 2009 lows. The bull trends off the lows in 2009 are still solidly in play, as key indices remain inside of long-term rising channels. Make no mistake the series of higher lows and higher highs has NOT been broken.

Speaking of broken, wanted to share a few tools we look at behind the scenes, that reflect a couple of small cracks (cracks of support), could be starting to taking place.

The S&P 500 (upper left) and the Russell 2000 (lower middle) reflect that quality rising trends remain in place (higher lows and higher highs). Nothing of late has taken place to change these trends. Each does appear to be testing “challenge points” to the current trend, both are testing breakout levels of short and long-term overhead channels.

The other charts do reflect a little weakness is taking place in Crude Oil (could be breaking bearish rising wedge support). Advance/Decline line could be slipping below support drawn off the lows created a year ago. Equal Weight/Cap Weight S&P ratio (RSP/SPY) is been heading south of late (diverging against broad market). Junk Bonds could be breaking below bearish rising wedge support at a key Fibonacci retracement level.

These potential cracks are very small at this time. If the cracks would grow bigger and more of them start taking place, it could become of concern for the S&P and Russell. The Power of the Pattern continues to believe that what Crude Oil does going forward, could be one of the bigger influences to the future direction of stock prices.