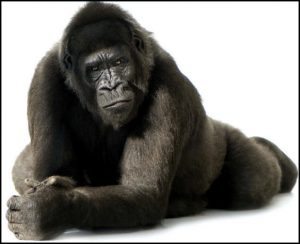 One year ago Crude Oil was falling hard, as it was down nearly 50% over the prior 12-months. How things have changed a year later, as Crude Oil is now over 50% from the lows in 2016.

Crude Oil is now entering a positive seasonal time of year, with the average gain over the next 6-months being around 10%. Will it keep pushing higher, like it has the past 12-months? Will it push higher, due to seasonal strength? Below looks at Crude Oil over the past 30-years.

Crude Oil has spent the majority of the past 30-years, inside of the green shaded rising channel. The decline of a year ago, took Crude Oil below support and the rally over the past year, now has it testing the underside of this 30-year rising channel at (1).  This is a triple test taking place at this time, that if taken out, would be VERY bullish Crude.

Rising support is being tested at (2). The risk on trade in Crude, would not want to see support give way at (2).

At this time, traders are very confident that Crude Oil prices will rise, reflecting confidence levels similar to where they stood mid 2014, right before the big decline got started. With Crude reflecting the most crowded trade in its history, it is important that support holds at (2). This crowded trade wants to push the 800 pound gorilla out of the way!