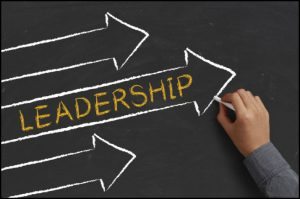 When looking back 5-years, what sector has double the performance of the S&P 500? How is this sector doing of late?

Below looks at the Bio-Tech ETF XBI since 2012. The chart reflects that over the past 5-years the S&P had done very well, as it is up 70%. Over the same time frame XBI is up 160%, gaining more than 100% more than the broad markets. 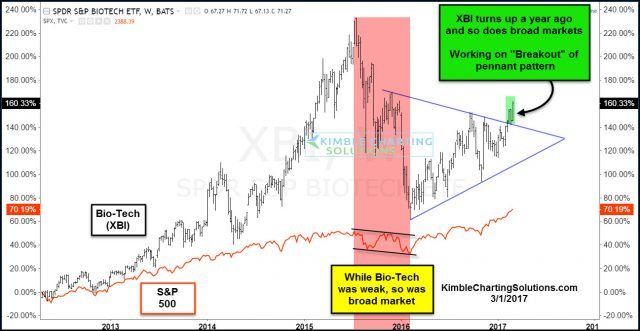 Currently XBI is working on a breakout of a year long pennant pattern, to the upside. If history continues to repeat, what this leading sector does going forward, will have a big influence on the broad markets. Risk on stock trade wants to see XBI clear the highs of late 2015 (where the top of the pennant pattern started). This level comes into play as a resistance test.

Full Disclosure- Premium Members are long XBI at this time, with a stop near the top of the pennant pattern.